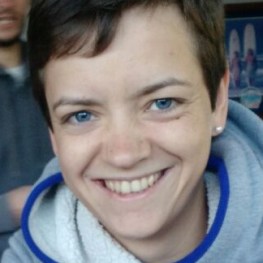 Election outcome as norm indicator: An exploration of the influence of election results from the 2017 French presidential election and ego-networks on FN endorsement--- By Julia Eberlen, Matteo Gagliolo & Olivier Klein   Pluralistic ignorance describes the concept of a person adapting their public norm endorsement and behaviour towards a

Pluralistic ignorance describes the concept of a person adapting their public norm endorsement and behaviour towards a perceived social norm, thereby reinforcing this norm, even if their personal beliefs (or “personal norm”) is not in accordance with this public norm. Currently, we can – at least anecdotally – observe this phenomenon in the shift in norm from a (public) endorsement of tolerance towards a (public) criticism of tolerance and “political correctness”, with the argument that people are “finally able to speak their mind”. One indicator for this shift in norm is the increase of street harassment towards foreign-looking people in Britain directly following the EU-referendum. Arguably, the pro-Brexit vote encouraged the public expression of privately held beliefs, as they were now perceived to be in accordance with the public norm.
We tested this hypothesis making use of the 2017 French presidential election. The French presidential election is unusual in that there is a first “elimination round”, where the number of candidates is reduced to two, and a second “round”, where citizens vote for one of two remaining candidates: we hypothesized that the first-round result in favour of far-right candidate Marine Le Pen would be used by citizens as an indicator of the societal norm of endorsing her far-right party Front National (FN). The results of the second voting round were assumed to be a new assessment of the norm towards FN. This assessment would then be used by participants to adapt their own expression of endorsement of the FN. In addition, we asked the participants demographic questions about their direct social circle (their “ego-networks”) and how the participants estimate their social circles’ endorsement of the FN. We then compared the assessment of the ego-networks endorsement of the FN from the first to the second instance of our study.
Our hypothesis of an adaptation towards the public norm, either with regards to the participants FN endorsement or of the participant’s ego-network, could not be confirmed. In this seminar, I will present this null-finding in combination with wild speculation about these results and some additional exploratory analyses of the connection between ego-network characteristics and attitudes towards FN.
+ GOOGLE CALENDAR  + ICAL IMPORT