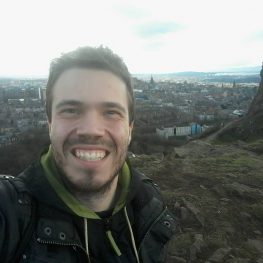 Commemorating history: Constructions of group identities and relations in ceremonial political discourse across time This study analyses the discourse of political speeches of the leaders of two Greek political parties commemorating the restoration of Greek democracy on 24th July 1974; a mainstream party, New Democracy, and an opposition party, the

This study analyses the discourse of political speeches of the leaders of two Greek political parties commemorating the restoration of Greek democracy on 24th July 1974; a mainstream party, New Democracy, and an opposition party, the Coalition of the Radical Left. Using an integrative methodological framework based on Quantitative Content Analysis and Critical Discursive Psychology, the focus is on what forms of in-groups and outgroups appear in ceremonial political speeches across time and how political leaders act as entrepreneurs of their identity by constructing their in-groups in broad or narrow terms and their outgroups in vague and specific terms. Furthermore, various temporal accounts of in-groups and outgroups are identified and oriented to a historical past, an ongoing present or an imagined future. These constructions were ventured during a period of relative political stability (2004 to 2009) and instability (2010 to 2016). The study aligns the social identity approach to political leadership with studies on political discourse and the ‘rhetoric of we’ across time. The study views commemorative speeches as historical charters and responds to calls for social identity of leadership to take greater account of the context of group relations and the identity transformations across time, beyond a single moment in time. Findings suggest concrete hypotheses about how leaders with different amount of political support act as legitimate identity entrepreneurs, as well as how these discursive businesses are reflected in forms of group representations across a timescale of thirteen years marked by stability or crisis.

** Theofilos Gkinopoulos is a PhD student in social psychology at the University of Surrey (United Kingdom), working under the supervision of Prof Peter Hegarty and Dr Emily LeRoux-Rutledge.