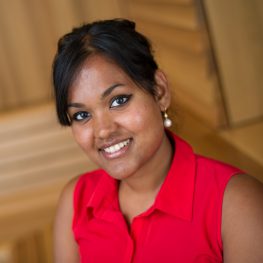 Abstract. The psychosocial mechanisms by which individuals cognitively restructure and disengage themselves from moral transgressions is vital to the study of violent intergroup relations. Yet, very little research so far has examined these mechanisms in conflict regions that were more directly affected by violence. Building on the work by Bandura (1996, 1999) on moral disengagement which originally did not include the use of competitive victimhood, this study aimed to explore the prevalence of mechanisms of moral disengagement among a sample of 75 Sinhalese and Tamil citizens in post-war Sri Lanka, and to compare the occurrence and use of different moral disengagement strategies among the majority group (Sinhalese) and the low power minority group (Tamils). The study also aimed to test and expand on the prevalence of Bandura’s original strategies of moral disengagement. Participants were presented with scenarios in which the group membership of victim and perpetrator groups was manipulated, resulting in a 2×2 design with one experimental factor (target group membership) and one quasi-experimental factor (participant’s group membership). Participants were interviewed about each scenario and responses were content-coded. In addition to the categories of moral disengagement proposed by Bandura (euphemistic labeling, advantageous comparison, diffusion or displacement of responsibility, victim blaming, distortion of consequences), we found other strategies of moral disengagement such as competitive victimhood, essentialist attributions, threat, and denial. Differences in the use of these categories between group members in terms of religion, military affiliation and personal victimization are discussed, with an emphasis on the use of competitive victimhood.

If you are interested to attend to the meeting, please send an e-mail entitled “CESCUP SEMINAR MAY 19” to the following address: kenzo.nera@ulb.ac.be . You will receive an invitation by e-mail. Members of the CeSCuP do not need to send the e-mail.