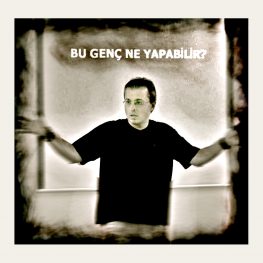 I obtained my Ph.D. at Wayne State University (1995) and worked as a post-doctoral fellow at Northwestern’s Institute for Policy Research (1995-97). Beginning in 1997 I held academic positions in Turkey.

I was professor of developmental and community psychology at Doğuş University when the witch-hunt against Academics for Peace was started. I was first removed from the chair position in the Department of Psychology and was fired on 29 April without a legal basis. In June 2016, I was declared a “scholar at risk” by the Scholars At Risk Network. Since September 2016, I have held visiting positions at the American University in Cairo and at the University of Macerata.

Inspired by critical and action-oriented traditions, I focus on what is contextually most relevant and yet neglected. I led grassroots action projects to facilitate young people’s participation in Turkey and published books on children’s rights and participation (2005), and later on youth participation (2009).

My most recent books focus on burning yet neglected issues: For-profit higher education and the decline of universities in Turkey (2015) and psychosocial consequences of personal debt around the world (2015). I also published a ground-breaking book on militarism and martyrdom (2014), a taboo topic in Turkey.

As a public scholar and outspoken advocate of children’s rights, I write in a daily newspaper on Sundays focusing on issues that concern children.

I served in domestic (Coordinator of the Children’s Rights Coalition of Turkey) and international children’s rights organizations (President of the NGO/UNICEF Regional Network for Children in Central and Eastern Europe, Commonwealth of Independent States & Baltic States).
I have also been active in professional organizations. I served as Vice-President of the Turkish Psychological Association in 1999. I was a founding member of the European Community Psychology Association, and served as a board member and later as president (2013-2015). I am currently member of the Executive Committee of the Society for the Study of Peace, Conflict, and Violence: Peace Psychology and a member of the Steering Committee of Psychologists for Social Responsibility. In both, I am the only member from outside of the US. I am associate editor of Education, Citizenship and Social Justice.