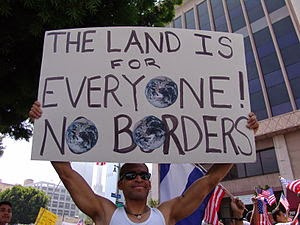 On May 7th 2015, citizens in the United Kingdom will vote for a new (or old) government. In the run-up to the General Election, one party in particular polarizes the public: UKIP.  The UK Independence Party, led by Nigel Farage, is an anti-European party.  UKIP argues that the UK should leave the European Union as this would result in less external regulation of British policies and in major economic benefits.  Moreover, UKIP proposes that an exit from the EU would enable the UK to tighten its migration laws.  The party advocates a point-based system, similar to the one in Australia and Canada, to ultimately limit the overall number of immigrants.
The latter argument is very much in line with the requests of Pegida—the Patriotic Europeans Against the Islamization of the West (or, rather, the Occident).  Since October 2014,  thousands joined the movement’s weekly demonstrations; these take place primarily in the East German town Dresden but spread as well to other cities all across Germany and Europe.  Pegida campaigns in particular against an increasing number of Muslim immigrants in Europe.  Banners that were held up during the protests in Germany called for “the preservation of our culture“ and “against religious wars on German ground“.
Both UKIP and Pegida are supported by the general public for its anti-immigrant policies.  What is surprising though is that these supporters are primarily living in regions where there are very few migrants or foreigners. UKIP (Image 1) received most endorsement in constituencies with a low proportion of migrants. And in Saxony, the German State where the Pegida movement started, only 2.2% of the population are foreigners.
How can these patterns be explained? Two theories have been put forward and make “opposing predictions about the relationship between the minority proportion and hostility felt by the majority“ (Biggs & Knauss, 2012, p. 633).  On the one hand, as more foreigners move to a country or neighborhood, economic, cultural, and political threats might arise.  Migrants could be seen as a competition for (scarce) jobs; unknown religious practices might evoke suspicion. Such threats are further instigated when the media or political leaders frame migrants as a source of danger and uncertainty (Mols & Jetten, 2015).  Ultimately, citizens are likely to agree with policies that reduce the number of migrants in order to obliterate the threats.  Interestingly, it is the perceived rather than the actual number of migrants that shape negative opinions towards foreigners (Fasel, Green, & Sarrasin, 2013).  That is, having the impression that there are many foreigners in one’s country—and not being in contact with many foreigners on a daily basis—elicits anti-immigrant attitudes.
In fact, engaging in direct encounters with migrants reduces prejudices and, hence, decreases the support of movements or parties that impose restrictions on immigrants.  Being friends or working with migrants limits the impact of perceived threat on negative attitudes towards foreigners (Schneider, 2008).  Previous research further demonstrated that membership in the British National Party (BNP)—an extreme right-wing party—was weakest in neighborhoods with more than 1/10 minority members (Biggs & Knauss, 2012).  More precisely, a high proportion of minority members and low segregation between the majority and minority group (i.e., members of the host society and migrants) decreased the likelihood of membership in the BNP.
In conclusion, a lack of direct and personal experiences seems to explain the observed patterns of support of anti-immigrant policies in the UK and Germany. Right-wing political movements such as UKIP and Pegida benefit from the fact that many citizens have limited contact with foreigners and are rather hearing threatening stories—which are hard to grasp or verify—about them.  In order to mitigate these effects, policy makers, educators, and citizens need to work together
a) to reduce segregation and boundaries between migrants and members of the host community in schools and neighborhoods
b) to actively promote positive encounters between immigrants and locals
c) to create a balanced public dialogue that focuses on similarities between migrants and the host community rather than on differences that can evoke threat. 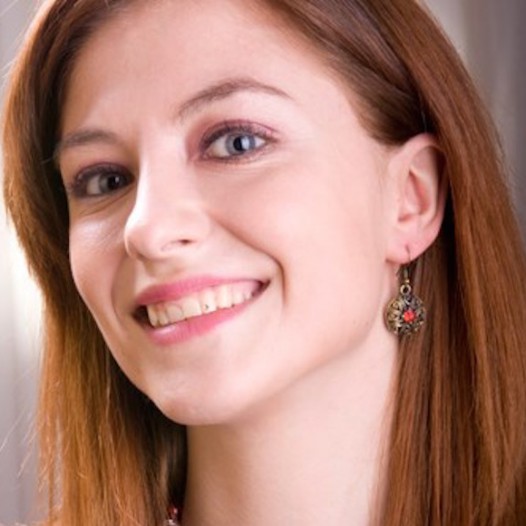