Because the world is round and not flat 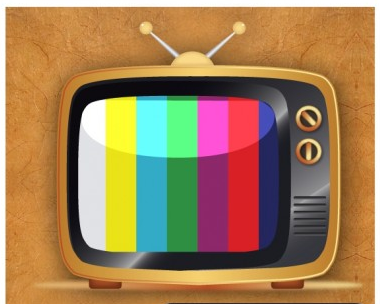 Because the world is round and not flat

Because the world is round …

TV has a large impact on us. The statement may look like a truism to many of you. Nevertheless, we often seem to underestimate or neglect this impact. We generally have a tendency to believe that others are more influenced by the mass media and persuasive messages than ourselves, a phenomenon that in social psychology is known as thethird-person-effect (Davison, 1983). Although, as I see it, this is a totally normal assumption one can make about oneself –I myself admit that I believe I am more resistant to this kind of persuasion than others!– it could be claimed that this assumption is partly responsible for our susceptibility to TV, at least as far as our personal share of the responsibility is concerned.
For, if even those who recognize the potential effects of TV tend to believe that these effects concern others rather than themselves, no one will acknowledge the need to somehow shield oneself from these effects. In other words, if I am not aware that exposure to media has an impact on my personal attitudes and beliefs, on me as a person, I will not do anything to prevent or correct this impact. Of course any attempt to prevent or correct the potential impacts of TV on oneself presupposes that I assume in the first place that such effects are to some extent damaging. Research in social psychology supports that TV does affect us. Whether these effects are detrimental or not is a bit less straightforward, in the sense that the answer one gives depends largely on their general socioeconomic values and principles.

Cultivation theory formulated by Gerbner and colleagues is based on the observation that TV represents a distorted version of reality, a world where richness, sex and crime prevail and several professions such as doctors, lawyers, and police officers are overrepresented. Either through series and soap operas wherein powerful lawyers or rich entrepreneurs are featured, or through programs referring to the real-life, such as the negatively-oriented news broadcasting or the dispute-oriented reality shows, it is quite obvious that the reality TV promotes worldwide is a very small fraction –though globally uniform– of the countless different realities and social contexts that exist all over the globe. Even if the world exhibited on TV represents some real social contexts –e.g. an elite class of a developed or developing western or wannabe western country as it happens most of the times with TV series and soap operas, it definitely ignores the social contexts in which the majority of the population lives and acts. Cultivation theory has it that, although we tend to consciously and explicitly recognize that this TV world is not necessarily real and is in any case distinct from our own reality, it actually influences how we see the real world. (Gerbner et al., 1994). This theory predicts, thus, that the more one watches TV, the more this view of reality will include crime, violence, sex and affluence, and powerful lawyers or handsome doctors like George Clooney.

Several studies have measured on the one hand the degree to which people watch TV and on the other hand their perceptions of real-life social reality. Such studies have shown that the more people watch TV the more they believe that crime and violence is present in society (Shrum, Wyer & Guinn, 1998), the more they think they are in danger, and the less they trust others (Gerbner et al., 1980, cited in Shrum et al., 1998). Moreover, people who watch more TV are more anxious and fearful (Bryan, Carveth & Brown, 1981, cited in Shrum et al., 1998) and think that there is more richness in the world (Guinn & Shrum, 1997). All these findings do suggest some sort of a relation between TV watching and specific perceptions of reality, but they do not really permit us to say that it is TV watching that makes people believe that there is crime violence and richness in the world. Finding that there is a relation between degree of TV watching and, say, perception of the extent to which crime exists in real world doesn’t necessarily mean that TV watching has a causal effect on our perception of the real world.

Yet, one study by Shrum et al. (1998) tried to demonstrate that TV watching is not only proportional to people’s estimates of crime, violence or richness in the world, but that it actually forms such estimates. As cultivation theory has it, people make estimates concerning the real world based on the quantity of, say, crime or richness they recall watching on TV. But of course this is a process assumed to happen in an automatic, unconscious way. No one expects people to actually sit and explicitly count exemplars they have seen on TV. Besides, if the third person effect described above operates, people should try to correct any effects TV might have on their attitudes or beliefs, were they aware of such effects. Thus, a natural assumption is that if we make people aware of the effects that TV has on their real-world beliefs, they will try to correct these effects, and, in such a case, their estimates of real-life phenomena will be relatively independent of their degree of TV watching. To test this hypothesis, Dr. Shrum and his colleagues used three different groups of subjects. In the first group subjects were first asked to report their TV viewing habits and then to make estimates of the frequency of crime and specific professions that are overrepresented on TV. Asking people to report their TV-watching habits was expected to call their conscious attention on TV as a source for their estimates. A second group of subjects were not only asked to report their watching habits before making their real-world estimates, but also explicitly informed that, generally, people tend to make such estimates based on exemplars they recall from TV. Finally, in a third control condition, the task order was reversed, so that subjects werefirst asked to estimate the real world phenomena and then to report their TV watching habits. Interestingly, the researchers found that in the first two groups, which were primed with TV as the source of their real-world estimates, the relation between TV watching and estimates was weaker compared to the control condition, where subjects were oblivious of their estimates source. This finding is interesting in two respects. On the one hand, it suggests that when we become conscious that TV influences our beliefs and attitudes concerning phenomena of the real world, we are in a position to correct its impact. But on the other hand, it means that generally, when we do not explicitly think that TV affects our beliefs, the world displayed on TV actually has the power to affect the way we see the real world in which we live and act.

This finding gives some hope that the effects of TV are not irreversible, and in this way it partly reestablishes the power of our free will with the aid of which we are to some extent capable to control how we think and act. At the same time, we are forced to conclude that most of the times, i.e. when we do not bother to reflect upon the way we think and our beliefs are formed, TV is a powerful media that largely influences us.
Coming back to the second question I formulated at the beginning, namely whether the effects of TV are good or bad, I mentioned that the way we approach this issue largely depends on one’s general values. Still, there is one thing that remains relatively uncontroversial, that is the fact that TV can lead to the adoption of a distorted view of real world. Now I think that there is some degree of objectivity in claiming that having little contact with what reality looks like is rather negative. Thinking that there is more luxury and richness than there really is, or that crime and violence are constantly present in the world where we live, unavoidably influences our real-life experiences. Such beliefs are likely to lead to disappointment for, say, not being as rich as the majority of the people on TV, but also to higher mistrust or fear for the probability of becoming victim of a perpetration. But there is another aspect of the effects that TV has on us that is more subjective and open to contemplation, but, in my view, at least equally  important. I am referring here to the normative role that TV plays in our lives. The world that TV programs consistently display, full of richness and successful professionals or “glittering” celebrities sooner or later leads us to the conclusion that this is how the real world ought to be. Partial evidence for this “normative effect” is the great extent to which values such as consumerism or the aesthetic of sex appeal put forth by TV are so greatly adopted by a large part of the society. In my personal opinion, this normative role of the TV is negative to the extent that many other social values, probably much more beneficial for society and social life in general, are underrepresented.

All this as some food for thought. Oh, and if you don’t have a 2015 resolution yet I propose this: live a little bit more in the real world than in the one we see on TV! 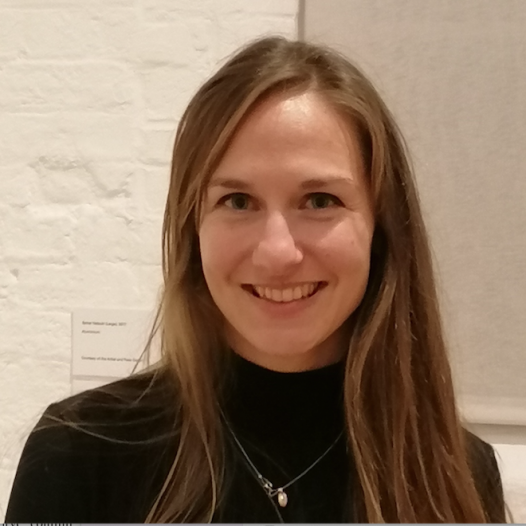