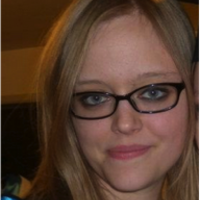 Doing the dirty work - influence of coercion of the sense of agency ABSTRACT: In the so-called Nuremberg defense, people claimed they were not responsible for their despicable actions because they were only « obeying orders ». In the famous experiments of Stanley Milgram (1963, 1974), experimenters persuaded participants to inflict allegedly

ABSTRACT: In the so-called Nuremberg defense, people claimed they were not responsible for their despicable actions because they were only « obeying orders ». In the famous experiments of Stanley Milgram (1963, 1974), experimenters persuaded participants to inflict allegedly painful (and deadly) electric shocks on a third party. These classic studies suggested that people comply with coercive orders, but the subjective experience of participants in such situations has not been systematically explored. Does being ordered to perform an action actually reduce one’s feeling of responsibility for the outcome compared to willed intentional actions? Does this effect depend on whether the outcome has undesirable effects on others or not? Importantly, testing this hypothesis requires to use implicit measure of agency, i.e. with the intentional binding paradigm, instead of explicit measure of agency. Indeed, behavioral measures of agency seem not to be biased by social desirability and cognitive dissonance. In two experiments, participants were tested in pairs, one was the agent and one was the victim, but roles were reversed at the middle of the experiment. In the free condition, agents were told that they could freely choose to take or not to take money (Experiment 1) or to give a painful electric shock (Experiment 2) from/to the other participant in order to earn more money. In the coercive condition, the experimenter ordered the agent to take money  and to give a painful shock to the other participant. Both the agent and the victim judged temporal delays between the agent’s key press and a neutral tone (i.e. intentional binding paradigm). Crucially, intervals estimates for agents were shorter in the free condition than in the coercive cognition, suggesting that coercion actually reduces the sense of agency. Results and their implications for understanding the sense of agency are discussed in light of the Milgram experiment.