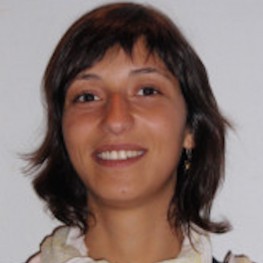 Representations of colonialism and present day intergroup relations: The cases of Congolese immigrants in Belgium and of Portuguese colonial war veterans     Recent research has shown that, even if colonialism is now part of the past for many countries, the way people perceive and represent such a past influences

Recent research has shown that, even if colonialism is now part of the past for many countries, the way people perceive and represent such a past influences (and is influenced) by present day intergroup relations. In this seminar, we aim to extend this body of research by presenting two distinct studies focusing on two contexts of colonialism – the Belgian and the Portuguese. In the first part of the seminar, we present the results of a qualitative study analysing the connections between representations of colonialism and acculturation processes among Congolese immigrants living in Belgium (N = 43). Results showed that collective memories of colonization and acculturation processes are associated: for example, immigrants who opted for a strategy of assimilation described Belgian colonialism in a more positive way than those who opted for strategies of integration and separation. Results are discussed in light of their consequences for present day intergroup relations between host and immigrant communities in Belgium. In the second part, we present preliminary results of a qualitative study with Portuguese war veterans (N = 30, but only 13 interviews have been analysed so far) who fought in the Portuguese colonial war in Africa. In this study, through a lexicometrical content analysis, we investigated the participants’ representations of the colonial war and of intergroup relations (then and now), as a function of their past experiences in the war and of their social identification as Portuguese. Results are discussed in terms of their meaning and implications for current intergroup relations in Portugal.