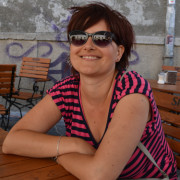 Work More then Feel More: The Influence of Effort on Affective Forecasting   Claudia Toma¹, Gabriela Jiga-Boy² & Olivier Corneille³     When we invest effort into something, most of us expect material or emotional pay-offs. For example, when putting effort into a research project, we expect satisfaction and proud if the

The Influence of Effort on Affective Forecasting

When we invest effort into something, most of us expect material or emotional pay-offs. For example, when putting effort into a research project, we expect satisfaction and proud if the project gets funded, but disappointment and anger if the opposite happens. The question we address in this paper is whether people use effort as a cue when forecasting their affective reactions to future events. Four studies tested the hypothesis that more effort triggers more intense affective forecasts. Studies 1 and 2 examined how effort shapes affective forecasts in case of positive events. In Study 1, PhD students awaiting an editorial decision estimated the effort they had invested in preparing the manuscript and how happy they would feel if it were accepted. Subjective estimates of effort were positively related to participants’ anticipated happiness, an effect mediated by the higher perceived quality of one’s work. Study 2 replicated this effect, this time using a manipulation of effort in the context of creating an advertising slogan. Study 3 further showed that effort not only shapes affective forecasts, but it actually enhances affective forecasting biases: Participants’ affective forecasts (happiness, proud and satisfaction) were higher than their real affect, an effect that was stronger for participants in the high-effort condition than in the low-effort condition. Study 4 extended those findings to negative events: Participants who took an anatomy exam expected to feel much worse about failing the exam than it was really the case, an effect again moderated by the effort condition. We discuss the implications of the relationship between effort and affective forecasting and the conditions under which such relationship is functional.