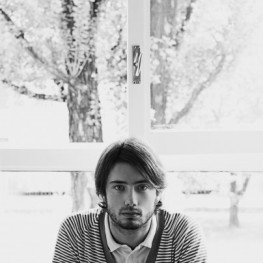 The best way of becoming Swiss: The role of descriptive and prescriptive norms of acculturation on acceptance of naturalized citizens by Politi, E. & Staerklé, C. (University of Lausanne)   Naturalization is an increasingly common practice in Switzerland and throughout Europe, with substantial consequences in terms of intergroup power relations. Research

The best way of becoming Swiss:

Naturalization is an increasingly common practice in Switzerland and throughout Europe, with substantial consequences in terms of intergroup power relations. Research has found that naturalized citizens often report negative attitudes towards new immigrants and express conservative opinions about immigration policies. By adopting a normative approach, we seek to investigate explanations for this relevant and counterintuitive phenomenon. In three studies using mixed-methods, we show that integration rhetoric conceals more implicit preferences for assimilation among Swiss nationals. Moreover, we demonstrate that assimilation is associated with decreased solidarity between different generations of immigrants. Study 1 (correlational, N = 148 Swiss nationals) revealed a shared representation of naturalized citizens as being in competition with new immigrants, as participants judged the relationship between naturalized citizens and new immigrants to be negative and conflicting. Study 2 (qualitative, N = 49 Swiss nationals) extended these results, highlighting the widespread opinion that naturalized citizens wish to differentiate themselves from the immigrant minority and assimilate to the Swiss culture, in order to demonstrate their successful adaptation. Study 3 (experimental, N = 293 Swiss nationals) demonstrated that an applicant who displays assimilation strategies was better evaluated than an applicant who prefers integration. This effect was explained by the greater merit, effort and attachment to the nation ascribed to the former applicant. Altogether, our findings unveil the normative pressure to assimilate alongside the naturalization process, by also underlining the negative consequences of assimilation strategies in respect to solidarity between different generations of immigrants. Practical implications of naturalization in terms of intergroup power relations will be discussed.

** Emanuele Politi is a researcher in the Institute of Psychology at the University of Lausanne (Switzerland).