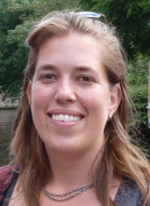 Differentiated perspectives on attitudes towards Muslims and Islam

In this presentation I will focus on two streams of research, in which we try to obtain a differentiated perspective on attitudes towards Muslims and Islam. The first line of studies deals with the liberal opposition towards Muslims and Islam. Focusing on attitudes towards the Muslim veil, and other (Islamic) religious markers in the public space, I argue that there is a need to distinguish between ‘enlightenment liberals’ who hold negative attitudes, and ‘reformation liberals’ who hold positive attitudes towards Islamic markers in the public sphere.

In the second line of research focusses on stereotypes towards Muslims. These seem to rely on different public discourses: There is a strong association of Muslims and Islam with violence and terrorism, but there is also a discourse of submissiveness and oppression (cf. the wearing of headscarves. Still, Muslims are typically presented as a homogenous group and research on gender-specific stereotypes is missing. Results of the study that I will present show that groups at the intersection of ethno/religiosity and gender (e.g. Muslim women) elicit unique stereotypes that did not result from merely adding stereotypes of ethno/religiosity (e.g., Muslim) to stereotypes of gender (e.g., women). Furthermore, results show that stereotypes are diverse, and theory, research and practice should take the intersectionality of these social categories into account. Muslim women seem to neither fit stereotypes of women, nor of Muslims, and they run the risk of being invisible in the debate on Muslims in western societies.

** Dr. Jolanda Van der Noll is a postdoctoral researcher and lecturer at the department of Community Psychology at FernUniversität in Hagen, Germany.