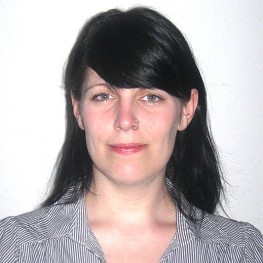 Fight the power? How conspiracy mentality affects people’s judgments   ABSTRACT: Not only nowadays, conspiracy theories are widespread in (Western) societies. People believe that the lunar landing was a hoax and was staged in a movie set. Or they think that AIDS was created by the CIA and deliberately spread by

ABSTRACT: Not only nowadays, conspiracy theories are widespread in (Western) societies. People believe that the lunar landing was a hoax and was staged in a movie set. Or they think that AIDS was created by the CIA and deliberately spread by the WHO via polio inoculations in Africa, to reduce the world population. 9/11 was either staged by the US Government, the Israeli government, the Illuminati or the Rothschild’s. All these assumptions have in common that they try to explain complex world events with reference to secret plots hatched by powerful groups. Belief in such theories is largely determined by a general propensity towards conspirational thinking. People who agree in one conspiracy theory tend to also agree to others – even if they are mutually incompatible (Wood, Douglas & Sutton, 2012). They form a monological belief system, the conspiracy mentality (Bruder et al., 2013; Imhoff & Bruder, 2014). Conspiracy mentality can be understood as a generalized political attitude, distinct from established generalized political attitudes such as right-wing authoritarianism and social dominance orientation. Following this idea, conspiracy mentality is related to prejudice against high-power groups that are perceived as less likeable and more threatening than low-power groups (Imhoff & Bruder, 2014).

Conspiracy mentality as a generalized political attitude not only affects intergroup relations, but also a broader range of aspects of human’s life. It influences, for example, medical decision-making and health related cognitions. Because of their skepticism against high-power groups, high conspirators have more positive attitudes towards alternative and complementary medicine and more negative attitudes towards conventional approaches. In one experiment, we tested whether people who endorse a conspiracy mentality would perceive the identical drug (from natural sources) differently if its approval was supported by either a powerful agent (pharma industry) or a powerless agent (an interest group of patients). We were able to show that the power of the supporter moderated the relation between conspiracy mentality and the evaluation of the drug. Conspiracy mentality also plays a role when it comes to the evaluation of historical sources. In a series of studies, results confirmed that conspiracy mentality predicts the perception of credibility of amateur and expert historians. It is associated not only with distrust and disliking of whoever has power but also with less trust in authoritative sources of historical knowledge. These findings point to the potential consequences of conspiracy mentality for society. It affects, inter alia, medical decision-making, openness to illness prevention programs, reception of historical knowledge and scientific findings. Conspiracy mentality plays a role almost everywhere where people perceive hierarchies and therefore power differences.