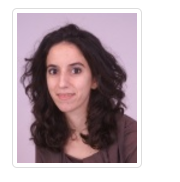 Understanding media debate around migration: the relation between favorable and unfavorable representations of migration in the Greek Cypriot press

Dr Maria Avraamidou holds a PhD in Communications and Internet studies by the Department of Communication and Internet Studies, Cyprus University of Technology (CUT). Her PhD, funded by the Cyprus Research Promotion Foundation (IPE) consists of two main empirical studies: a qualitative media analysis which investigates national identities in the Greek-Cypriot Press, during negotiations for a peace settlement and, through in-depth interviews, an analysis of individual Greek-Cypriots’ perceptions of the nation and national identifications. As a post-doctoral researcher at the Department of Psychology, UCY she conducts research on media representations of migrants (Horizon 2020 – RE.CRI.RE. Project) and media analysis of inter-ethnic negotiations for Cyprus reunification. Maria combines an interdisciplinary professional and educational background holding a BA in Law, MA in Multimedia Journalism while she has worked in both fields for several years before taking a genuinely academic turn. Her work has been published in international journals and presented at international conferences.