CeSCuP seminar: Exposure to ingroup past harm-doing vs past victimization events: the impact on the Lebanese civil war construals of violence and the role of ingroup identification (June 15th) 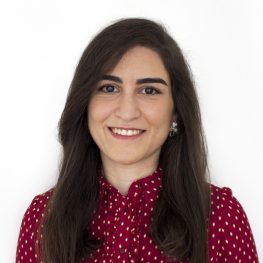 Exposure to ingroup past harm-doing vs past victimization events: the impact on the Lebanese civil war construals of violence and the role of ingroup identification

Abstract. Even decades after a conflict has been resolved, memories of the incident can still evoke strong emotional reactions among group members. Often, groups involved in past or ongoing conflicts have divergent construals of collective violence. These clashing beliefs have been found to play an important role in maintaining and perpetrating intergroup violence, thereby obstructing conflict resolutions and reconciliation processes. The aim of our research was to evaluate ingroup bias in representations of victimhood and responsibility of both Lebanese Christians and Muslims after exposure to their past victimization and harm-doing, specifically the Lebanese civil war, 1975-1990. We investigated how two levels of ingroup identification, i.e. exclusive-religious vs inclusive-national, influence these representations, and lastly we aimed to predict ingroup and outgroup victimhood perceptions based on group responsibility attributions and ingroup identification. We will present the results of two studies conducted in Lebanon that used different exposure methods. Study 1 (2019, N=405) evaluated construals of violence after a single exposure (multiple ingroup past harm-doing and victimization events combined into a single narrative), whereas study 2 (2020, N=338) evaluated construals of violence at two times : once after exposure to a past harm-doing event and another after exposure to a past victimization event.

Link to the seminar room